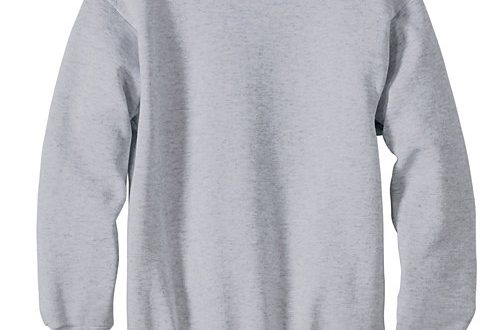 Sweat sweater as the name suggests was intended to absorb sweat. It is usually used by athletes before and pot training. The soft absorbent breathable material made it ideal for wear as it protected the body from sudden temperature change due to exercise.

Gradually, because of their comfort and ease of wearing, the sweatshirt began to be used as casual clothing. They started wearing the sweat shirt over T-shirts and a shirt. This layered look began to become a standard fashion trend among the young. Over time, it became a mainstream mode for its versatility.

The sweatshirt that started out as an innocent plain looking garment became very important when designers gave it a distinct look. While retaining the original shape, they only changed the style of the neckline, giving it more variety in appearance and use. The necklines included round neck, V-neck, crew neck and polo neck. The crew neck and V-neck versions were given the extra option as a hood.

Of all the necklines, the crew neck was the most versatile as it lent itself very well to both formal and everyday wear. It could be worn on a casual sweater or dress shirt on somewhat chilly days and could be worn with a jacket on cold wintry days. It radiated an air of refinement. It gave a touch of class to street fashion as well.

The crew neck jerseys were made from materials such as cotton or cotton blended with polyester. They had a soft feel and were very absorbent. The colors used were generally gray and different shades of gray. Later, blue, red, green and pink were incorporated. Now a day, they are also in various printouts to add some fun element to it.