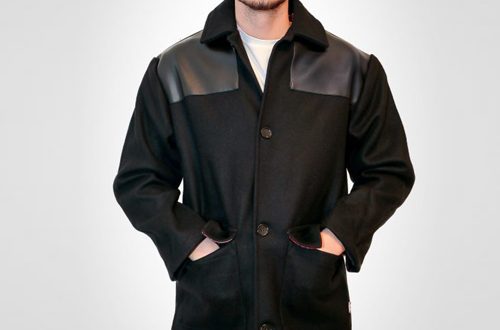 Donkey jackets are called a men's jacket with 5 to 6 large buttons that go from top to bottom on the front. These jackets are considered work jackets and are usually made of a dark blue or black woolen fabric. The shoulders of the donkey jacket are reinforced with a patch to protect against rain. It is not tailored from the waist so it hangs straight down from the shoulders. This type of jacket was originally designed to meet the demands of workers who have to perform their duty in harsh climatic conditions, but they are also used as a trendy outfit today.

At the end of 19th For the century, workers used to wear wool sacksuits with patches of PVS to protect the worker from rain and moisture. They were usually made in yellow or orange and the name of the employer company was usually engraved on their surface. The donkey jacket is a development for these coats. PVC is replaced by a leather patch while tailor made in a more sophisticated and professional way.

Where to buy from

These jackets are a bit unusual compared to other types of tops and jackets. If you are looking for one, you can find it in a vintage store. A better way to find them is to search for them through the internet. You can find many such jackets offered for sale by various sellers via the internet.