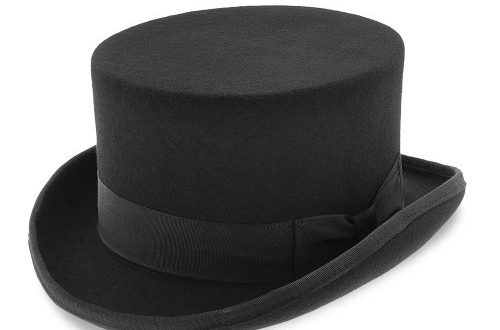 My dad is very fond of collecting and preserving cultural heritage and souvenirs. One such masterpiece is the golden framed image of my grandfather high hat looks extremely stylish and charming in large mustaches.

Top hats were the part of formal men's clothing during the 18sth century and continued its usefulness until the mid-20thth century. When my grandfather took a respectable position in the Bank of England, he often used high hat to attend formal meetings and gatherings. Top hats disappeared from the fashion industry, but there are still some countries that are relevant for a special occasion. In the UK, for example, top hats worn by royal family members at social events and church weddings. Top hats are also worn by the master of the lodge, which symbolizes his power, rank and authority dating back to many centuries. Although it is not compulsory to wear such frilly hats by the commander, the logic behind covering the head is that it gives respect and honors the position he is appointed to.

Modern use of the top hat

Although it is still part of the British uniform of some colleges, you will find these hats largely worn by magicians today. If you see someone wearing a top hat, the first image created in your mind will definitely be a magician. Black top hat is even used by children to perform magical roles in schools and theaters.